An update from the Chairman

An update from the Chairman 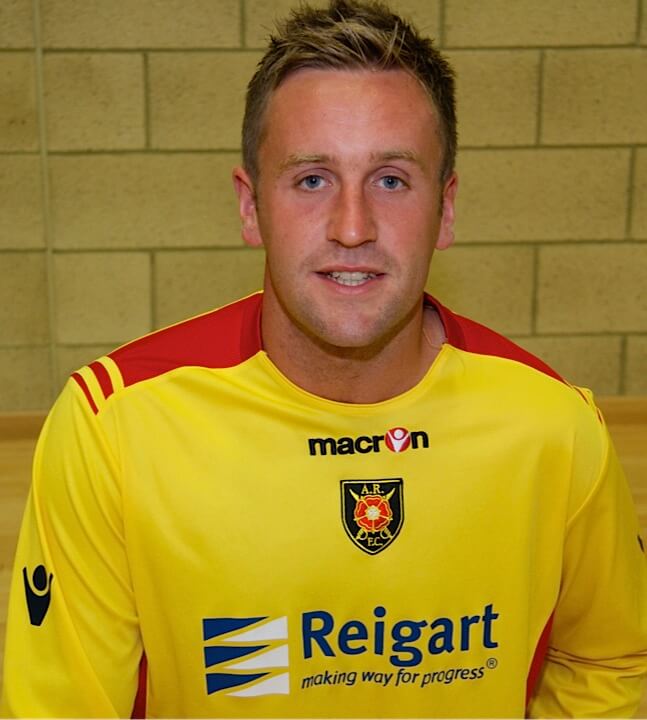 How does it feel to be recognised by the supporters and be inducted into the Albion Rovers HoF?

“It’s something I am really humbled by still to this day. I always had a brilliant rapport with fans during my time at Cliftonhill.”

Who was the best Rovers player you played with and why?

“That is a really tough one – over the years we have had some really talented players. The one that springs to mind is Bobby’s (Barr) 6-month loan spell. He really was unstoppable. It seemed like every other week he would be pinging in wonder goals.”

Who was the best opponent you played against?

“Another tough one, two come to my mind. David Anderson and Alan Trouten both really impressed me every match I came up against them. In the nicest way, I think they could have gone on to a higher level in their careers.”

What was your favourite goal you scored during your career at the club?

“For me, it has to be down in Annan. I can remember the first 20 minutes it was proper back to walls, we were getting battered. Getting that goal was huge. It really gave us something to hold onto. What a day it turned out to be.”

“Look it’s really easy to pick out the quarter-final against Rangers. It was a huge day for the club, the least said about what happened during the game the better. We put in a performance to be proud of.

“For me, our win against Motherwell is maybe a wee bit overlooked. That season they finished third and had some really talented players. McManus, Sutton and McFadden guys like that all were top class. That’s why I am picking it out. We thoroughly deserved to win that day.”

Pick out the best 10 players you have seen at the Rovers?

“So many people could be in there, Ryan McStay, for example, was really talented. Wee Ped was destined to be a star if he wasn’t a bit of a head case!”

Your last few seasons at the club?

“I have to be honest it was strange. These things do happen in football. The last season I am sure I picked up POTY, even although we really had an indifferent form throughout the year. I had words with someone that maybe looking back on it now, I could have kept my mouth shut. Although I was captain I didn’t have any sort of relationship with the management team. Look, as I said these things happen in football. It won’t take away how much respect I have for the club.”

Are you still playing football at any level?

“Recently not really, I have been busy with work for the last 18 months or so. I’m looking to get back into playing next season in some capacity.”

“Nothing has changed for myself really as I’m still working. I have been keeping fit going runs and walks with the dog at the weekend. I’m still having a bevvy on a Saturday night!”