Supporters return: You can attend our pre-season match vs Clyde next Saturday!

Supporters return: You can attend our pre-season match vs Clyde next Saturday! 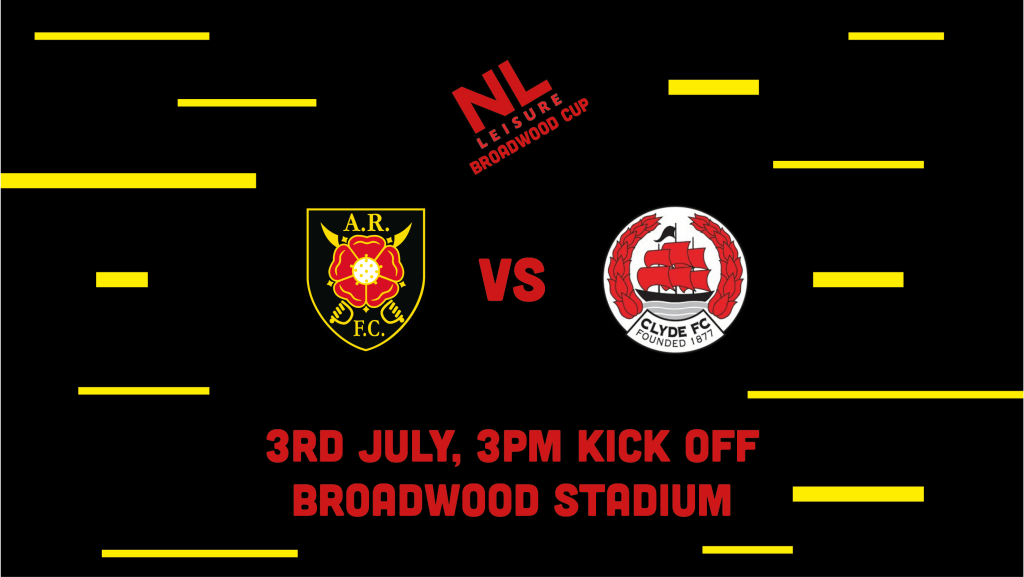 We face Clyde FC in the NL Leisure Broadwood Cup next Saturday – and you can be there for our first pre-season encounter!

All the ticket information is in the link, we can’t wait to have you back with us. 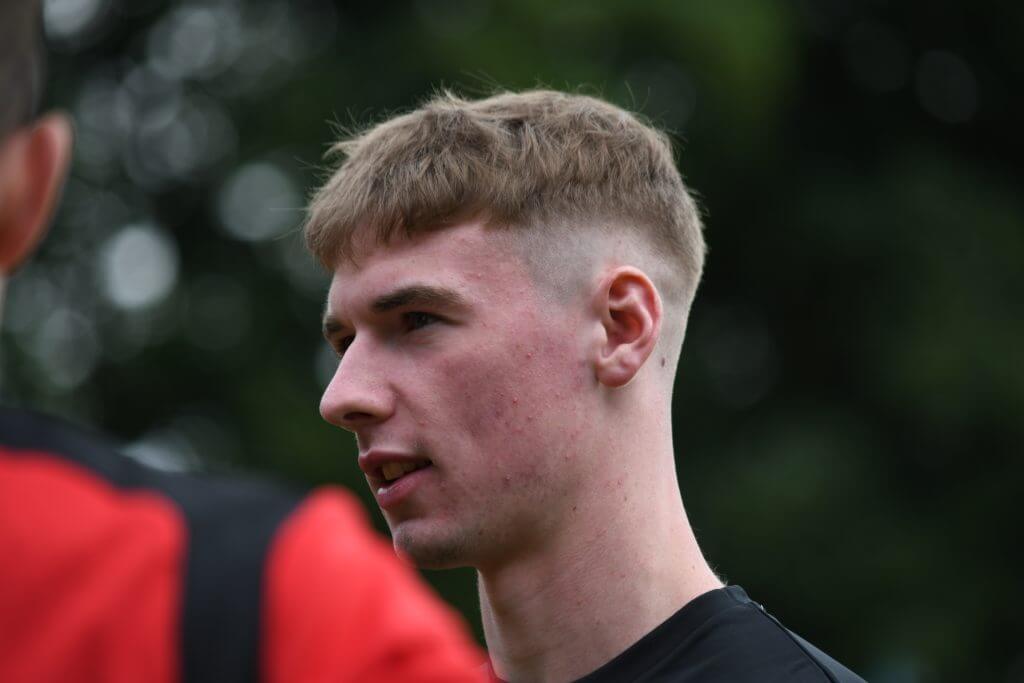 🙌 Kieran Dolan and Julien Kouame scored our goals, and the team put in another strong performance against a decent level of opposition. 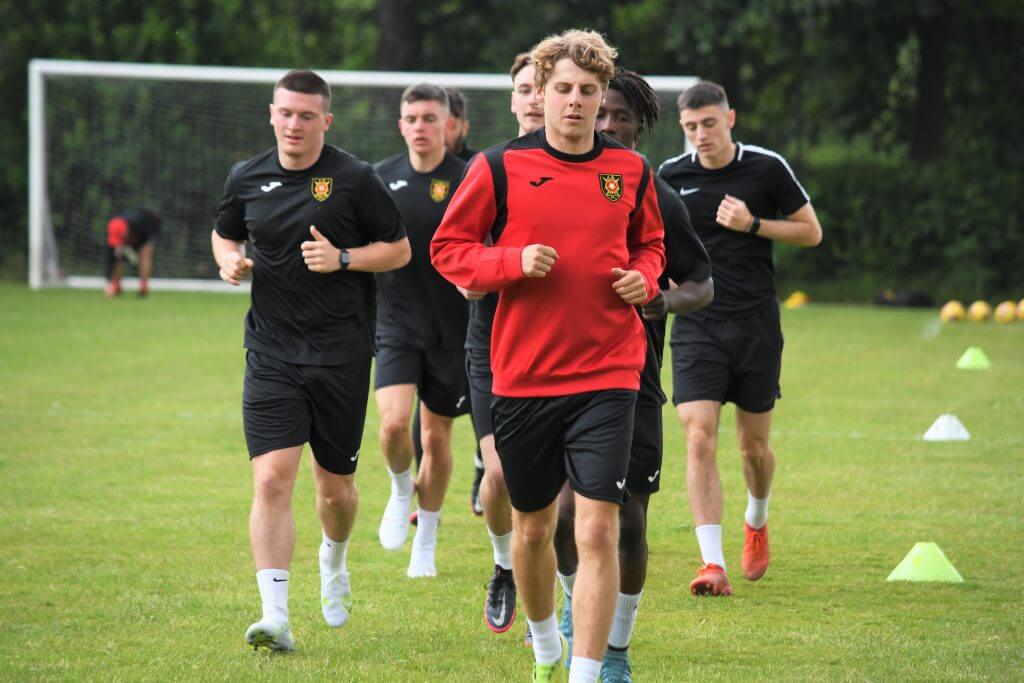 Manager Brian Reid and his backroom team led an intense two hour session – which included all of our Reserves players.

The squad are meeting four times a week, akin to a full-time clubs pre-season schedule in order to be best prepared for our Premier Sports Cup matches.

Brian Reid was pleased to be back:

“It was great to be back out with the players, we have gone for a smaller squad with more quality this time around. We know the group well and have great belief going into the season.

“We have agreed for the first few weeks to run basically a full-time pre-season schedule – credit goes to the players for their willingness to go-ahead with it.

“We need to begin the season well and not have a slow start, when you that it becomes difficult to get up and running.

“We’ve got more business to do and recruitment is ongoing, I’d like to add a few more bodies.”

Watch below to see behind the scenes access, including interviews with Brian Reid, David Wilson and Alfie Robinson: 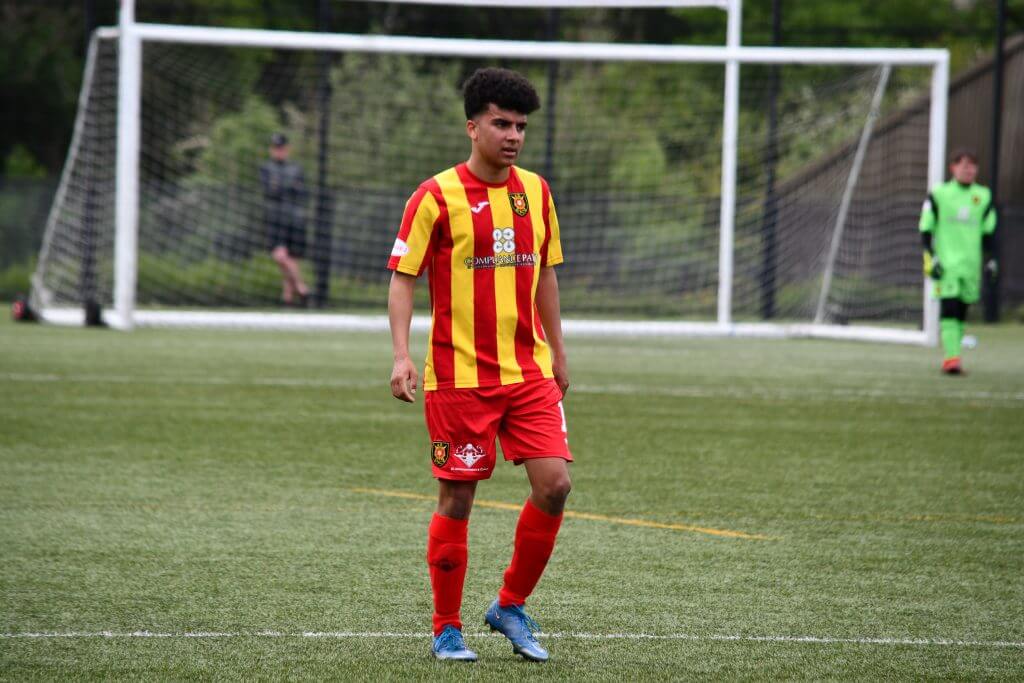 Graeme Liveston has added to his Reserves side with another talented youngster.

The right-back came on in the last Reserves friendly, which was a resounding 7-0 victory over Lanark United.

Graeme Liveston was delighted to add him to the squad:

“Reiss has done very well since coming in and has added to the group. He has versatility and great potential.

“The goal is to bring in players who can push for a spot in Brian Reid’s team and he is another ambitious player who can achieve that.”

“I am delighted to join. Graeme is a great coach who is well respected and known for bringing through players. It was tough at the start joining up but the guys are brilliant.”

Club Chairman Ian Benton welcomed Reiss to the club at the stadium yesterday, and joined Victor in viewing his place in the Hall of Fame wall – where he was inducted in 2020. 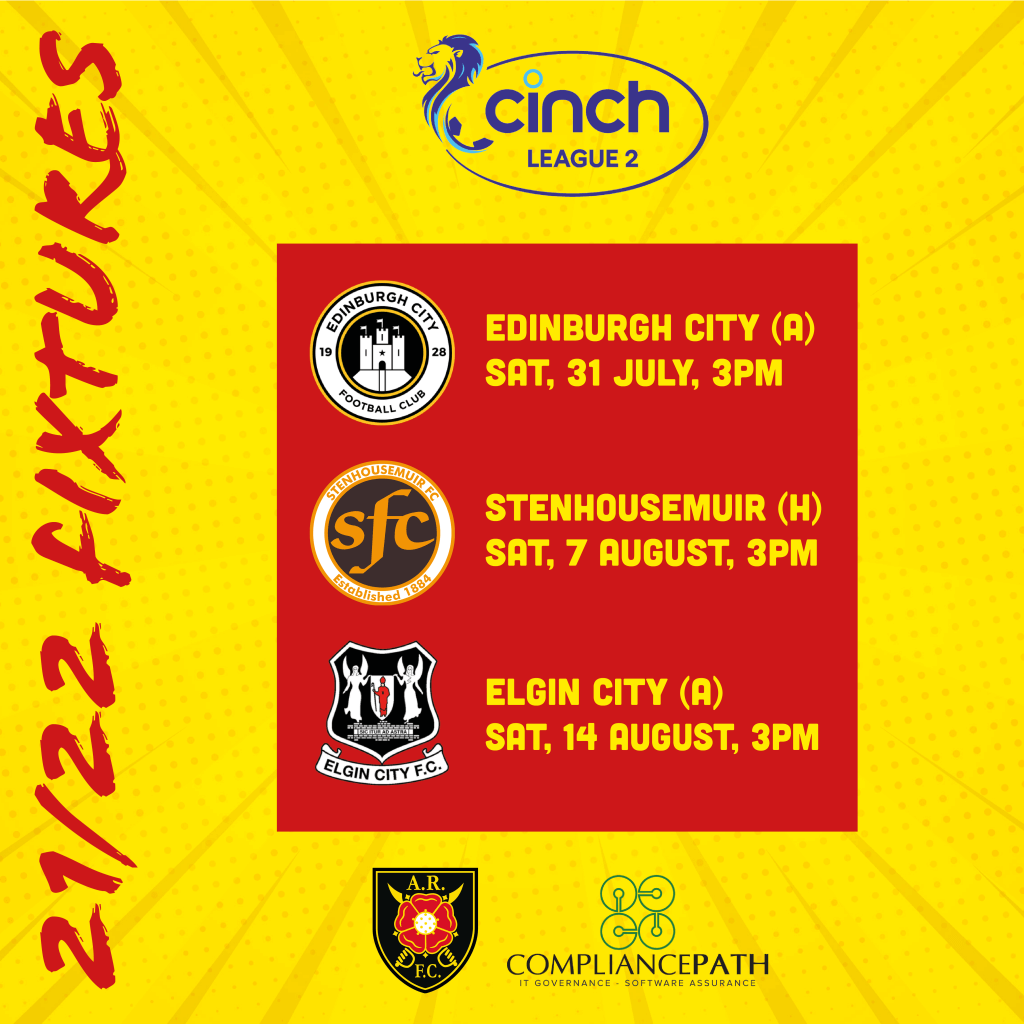 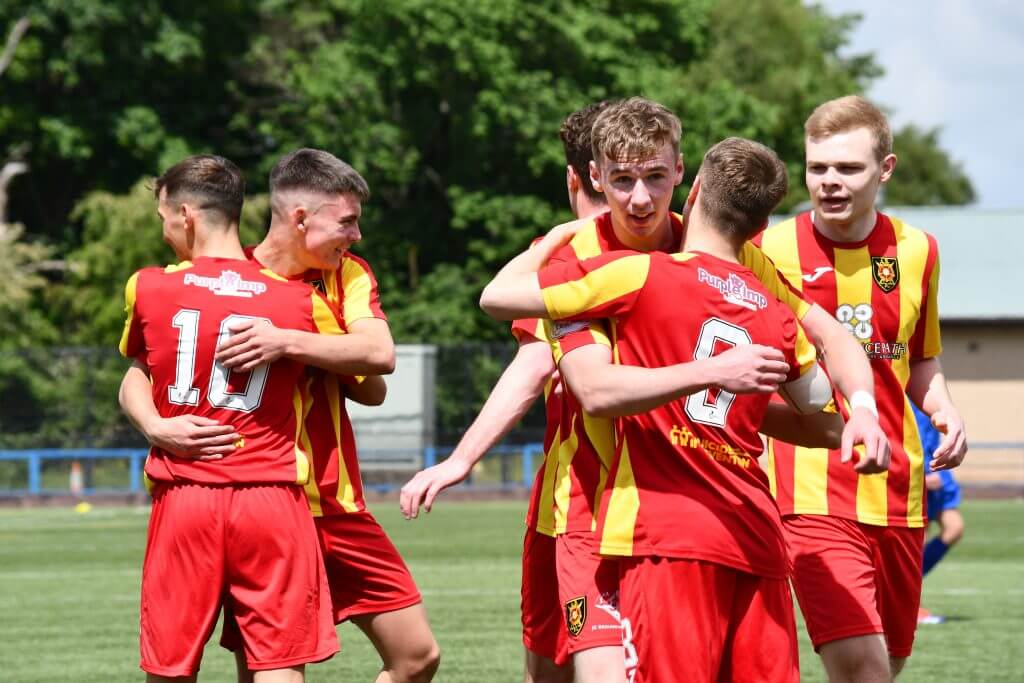 Summer Football Camps are back!

We are delighted to be able to confirm the Albion Rovers holiday kids’ football camps returns.

Ran and organised by our brilliant Community Trust – the event runs from Mon 5 July for four weeks.

Prices have been held to the same as the 2019 camps: great value for this fun event.

The main component of our pre-season schedule before the start of the Premier Sports Cup group stage will be our involvement in the NL Broadwood Cup.

The four-team tournament includes Cumbernauld Colts, Clyde and Airdrieonians, and will take place at Broadwood Stadium – on the weekend of 4/5 July.

We will face Clyde in the second semi-final match on Saturday 4 July at 3pm.

The following day will see then see us face off for 3rd place or the trophy depending on the Saturday result.

Brian Reid believes it will be beneficial:

“The Clyde tournament will be good. With the teams in it, it will be competitive and it’s over two days, so that will be good, and hopefully fans will be back in, because it’s local teams.

“We will probably play one other friendly match before the League Cup group stages start, those games can also act as a way to build up match fitness before the all-important league matches start.” 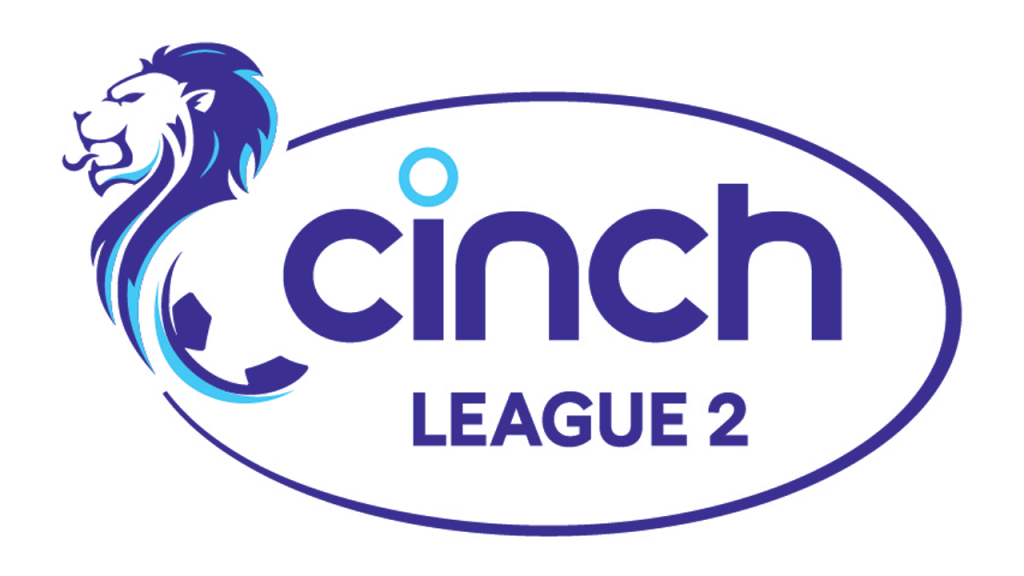 The Scottish Professional Football League (SPFL) today announced cinch, the UK’s fastest-growing online used car marketplace, as its new title sponsor in a five-year deal that will run until the 2025/26 season.

The long-term agreement, which will span all four divisions, represents the largest title sponsorship deal in the SPFL’s history.

With immediate effect, Scotland’s professional football leagues will be known as the cinch Premiership, cinch Championship, cinch League 1 and cinch League 2. cinch will also become the League’s Official Car Partner, with the company’s logo incorporated into the League’s composite logo which appears on every player’s sleeve.

This significant investment in the SPFL by cinch, builds on an impressive roster of high-profile sponsorship deals with some of the country’s best-loved sports brands, including the ECB, as Principal Partner of England Cricket; Tottenham Hotspur, the LTA for the cinch Championships; the Northampton Saints and The British Motor Show.

cinch also recently announced its headline sponsorship deal of five Live Nation music festivals, including Latitude, Creamfields, TRNSMT, Isle of Wight Festival and Edinburgh Summer Sessions.
SPFL chief executive, Neil Doncaster, said: “This is an enormously significant partnership for our member clubs, and for Scottish football as a whole. Our discussions with cinch have been extremely positive and the duration of the sponsorship agreement demonstrates their long-term commitment to Scottish football.

“Despite the economic situation and the challenging nature of the global sponsorship industry generally, this is the largest-ever sponsorship in the SPFL era. It’s a ringing endorsement of the enduring popularity of Scottish football, not only north of the border but right around the world.

“It’s an exciting time for the Scottish game and I look forward to building on this new partnership as we continue to showcase Scottish football and maximise its exposure to a global audience.”

Robert Bridge, cinch Chief Customer Officer, said: “We are delighted to support the SPFL and welcome them to our high-profile family of sports sponsorships. It’s another great win for cinch that will play such an important role in putting us and our customers at the centre of some fantastic sporting moments.

“Scottish football has a UK audience of over 20 million but more importantly, it is the heartbeat of the Scottish community. As football fans make a return to stadiums for the new season cinch looks forward to being there alongside them for all those celebratory moments we’ve missed so much as we continue to make buying a car as faff-free as possible across Scotland and the UK.”

cinch takes the faff out of finding, buying and owning a used car. It has quickly established itself as a leader for online used car search and purchases in the UK. It’s faff-free commitment to customers puts Britain back in the driving seat, with quality checked used cars delivered direct to the buyer’s door wherever they are across mainland UK, and a 14- day money-back guarantee.

Constellation Automotive Group, which also owns WeBuyAnyCar and BCA, recently raised over £1bn to turbocharge cinch’s growth across the UK and Europe. 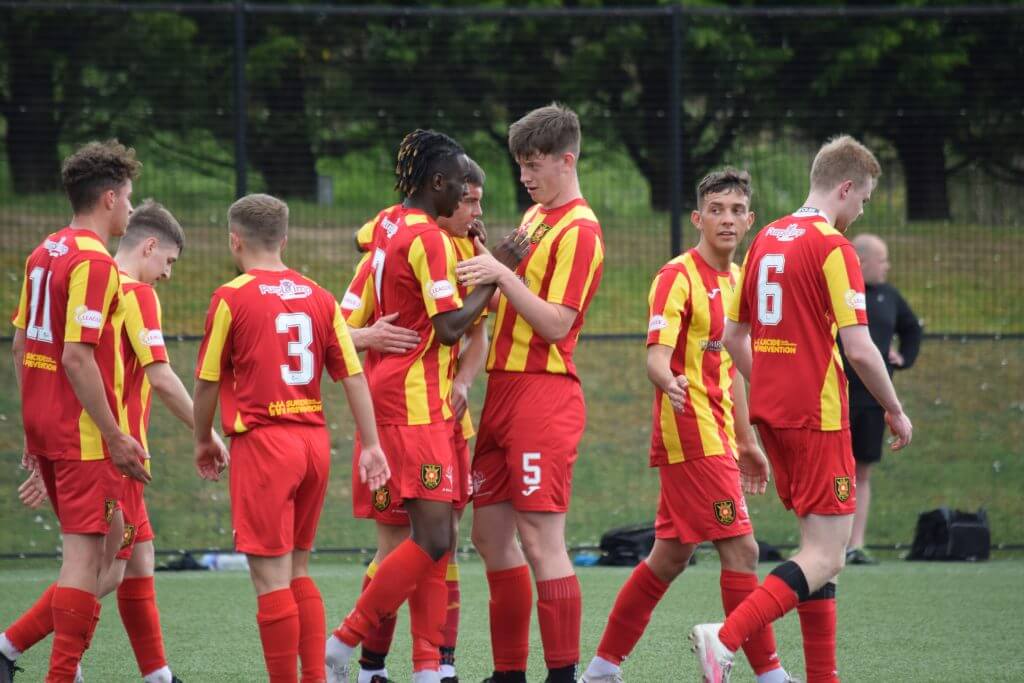 Rovers second-string picked up a deserved victory against Forth Wanderers, with Julien Kouame scoring twice.

Graeme Liveston’s side started off slowly, but soon took control.

Julien opened the scoring after a stramash in the box. The ball fell to him and he made no mistake, powering the ball into the net.

He then grabbed his second which was a wonderful strike. His touch was perfect to take the ball into a shooting position and he struck the top corner with a brilliant effort.

Goalkeeper Chris Smith also managed to find himself outfield later on in the match after a position change! 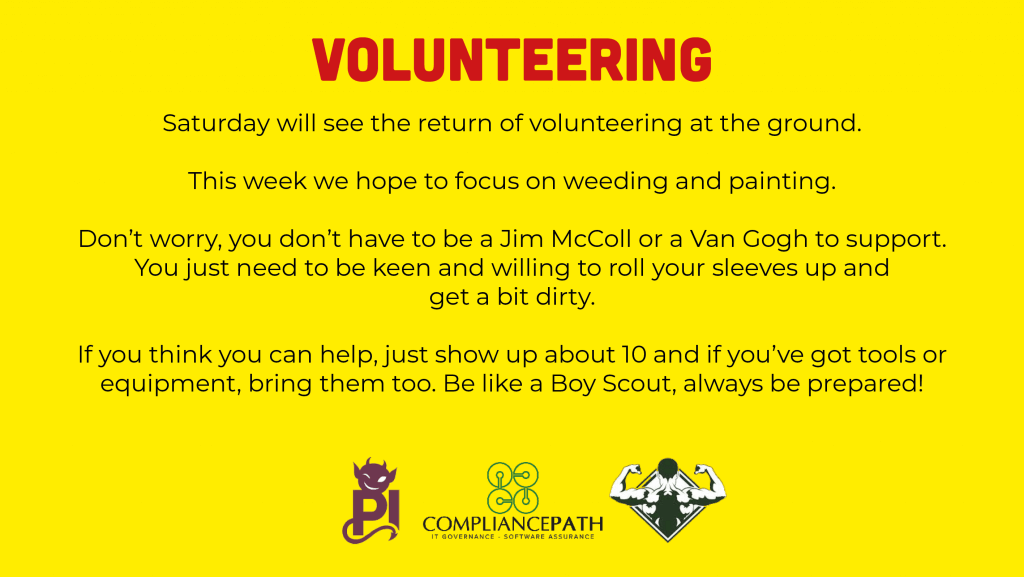 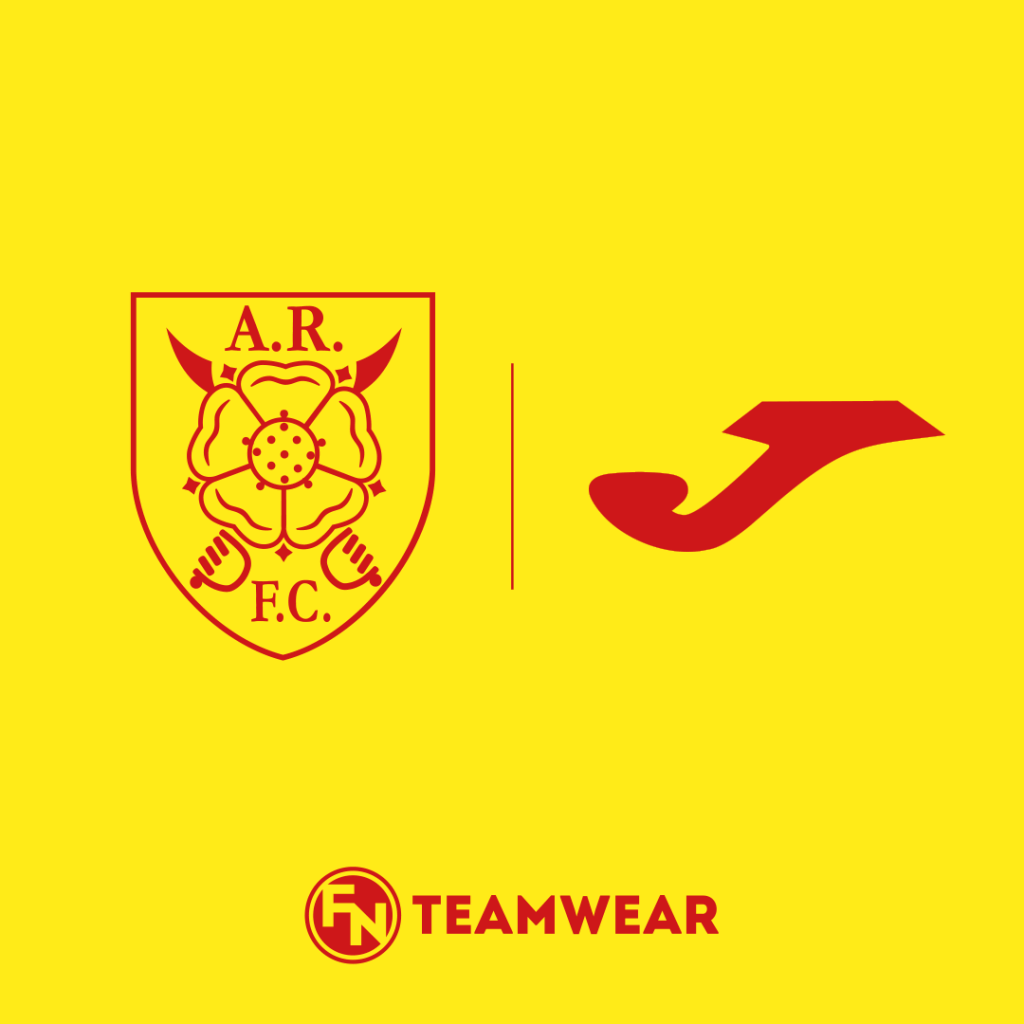 🤝 We’re delighted to announce we are continuing our technical kit partnership with Joma alongside our kit suppliers FN Teamwear!

👕 We’ll have news about our new away kit in the near future.

Any cookies that may not be particularly necessary for the website to function and is used specifically to collect user personal data via analytics, ads, other embedded contents are termed as non-necessary cookies. It is mandatory to procure user consent prior to running these cookies on your website.